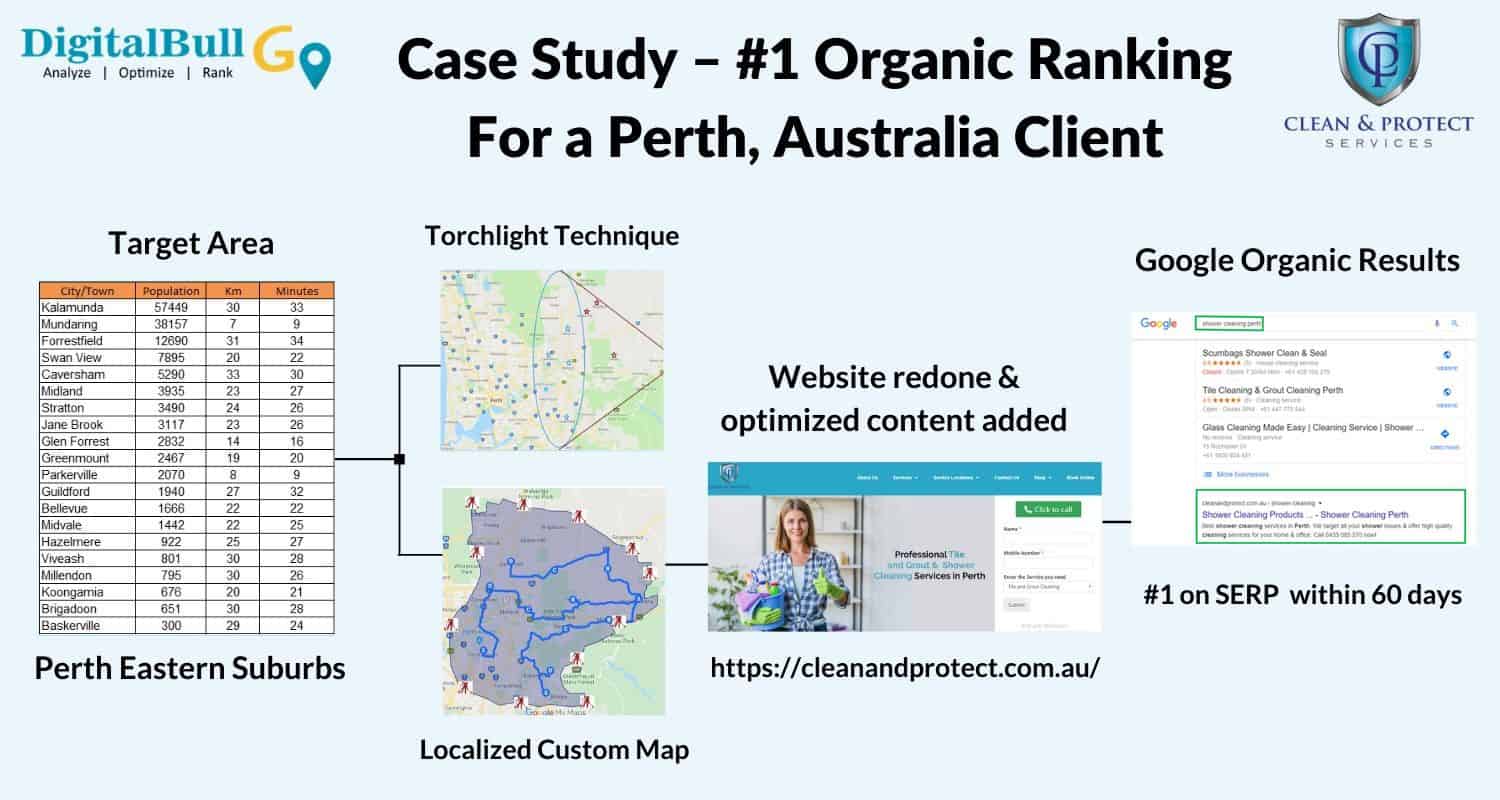 This is an instance where the potential client in Australia contacted us through Facebook.

What services does the client provide?

Clean and Protect Services helps keep Perth homes beautiful with its professional deep cleaning services. One of Perth’s most respectable professional cleaning companies, they are located just 30 minutes from the Perth CBD and service all suburbs in and around Perth. The list of services performed include:

The client had his office/residence in a very small town. Mount Helena is an urban suburb on the outskirts of Perth in Western Australia, in the Shire of Mundaring.

The client wanted his SEO sphere of influence to reach Perth, the center of which is about 40 kilometers (25 miles) away. Although he was getting calls in his immediate vicinity, they were just not enough to sustain his cleaning business.

Once we had a look at the GMB and the website, we found that there was definitely much more that needed to be done. However, the client was under a severe budget constraint, so we could not do much on citations and backlinks.

We had to work within the budget limits to get this client the results. A challenging task but something we are getting used to with almost every Lead-gen/SEO project!

We took a hard look at the website and realized that the site had neither the content nor the UX that is required to rank and get clicks/calls from a bigger city.

This is how the website looked when we started with the client!

We suggested to the client that he needed to overhaul the website and worked on a payment plan that would ease his financial burden while also generating leads in the meantime.

The client agreed to write some of the content himself which was a god-send to us.

We performed the following activities in Phase 1:

We were able to cut the load time in half to 2.5 seconds.

We performed the following activities in Phase 2:

In order to better target Perth, we did some analysis and this is the technique that we developed, which we’ve dubbed the Torchlight Technique or Sliced Cone Technique.

What is the Torchlight Technique?

This strategy is great for a client who is on the outskirts of a big city trying to rank in the big city. We call it the Torchlight Technique because it looks like someone shining a light from the smaller location to the bigger area.

Here are the steps:

For example, we also did research on the driving time, topography (hilly regions), and the distance from the client’s location to various Perth suburbs, as shown below. 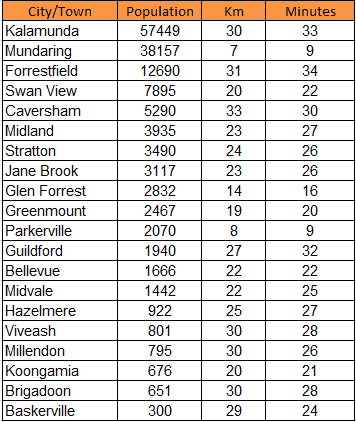 While you could do all this in a much cruder fashion, we found that the Torchlight Technique offers a more logical way to go about this task.

Hey, sometimes you have to bring your forgotten geometry skills to bear on an SEO project!

Based on the input received, instead of trying to be all over Perth, we needed to tackle and target the Eastern suburbs of Perth, which meant that we mainly went after the towns in the blue cone-like Midland, Caversham, Ellenbrook, and Mundaring.

We found that over a period of time, we were able to get the number one ranking on the Google search organic results for shower cleaning Perth. by the first week of November 2019. 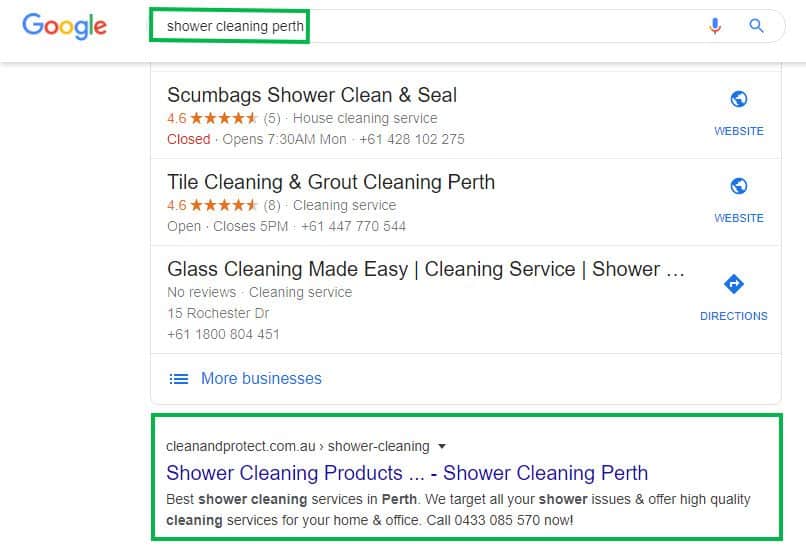 "Working with the team at Digital Bull has been incredibly easy, at the beginning there is a bit of work involved to get going but once the phone calls start coming in it makes it worthwhile. I used to get all my work from Facebook groups but I haven't advertised on them for months now and am getting regular calls from my website and referrals from people that visit my website. I got my first commercial customer a week ago from googling "carpet cleaning" and my site actually showing up and being attractive. It has also given my existing clients a more professional opinion of my business after they visit my new website. Over the next few months, I will be combining my old way of advertising with my website leads to start getting my numbers up. I could never have done this without the help of Srinath and his team." 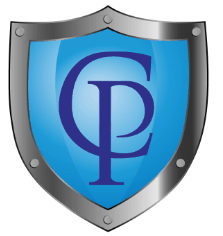 While this case study was more about targeting a bigger city from the outside, the same technique can be used for targeting the suburbs from within the city.

We also recommend that you go through John Romaine’s excellent post as it provides great clarity on how to go about building suburb pages.

There is a lot more to be accomplished particularly with getting additional keywords on the map pack. We are also collaborating with the client to target other money-making keywords for higher organic rankings.

We also plan to target more suburban towns by creating additional pages and adding more content on the Perth page.

Overall, we are happy that our work resulted in more business for our client, and ultimately it is all about whether you can generate more revenue for the client via leads, calls, and site visits. That is what we strive for every day. Thanks for reading!